Ancient Texts refer to any and all ancient stories, myths, and legends that exist (or existed) in some form, and include what some people deem to be sacred or religious texts.

Time Travellers are reported by many ancient writers, but many have incorrectly perceived those time messengers as 'gods' or 'Angels' (in the religious supernatural sense - as they had no concept of time travel and that what they were being shown was from the future).

Please note that our Books and Workshop are a 21st century scholarly presentation of new evidence regarding the past - and are not about Religion or Faith.

Encounters with Time Travellers are documented in over 30 ancient texts from over 12 countries spanning 5,000 years.

The ATTSG Workshop presents comprehensive hands-on evidence for 2 of them. 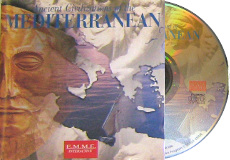 This 1995 multimedia cd-rom has been taken back to the past by human time travellers (along with an early 1990s desktop computer system on which to run it).
The evidence is that, many pictures from it (that were shown to specifically targeted ancient people) are documented and described in over 30 ancient myths & legends and ancient texts (remember, this includes those deemed sacred by some).

Using his method of 'following the clues', this book: slowly identifies the puzzle pieces and finally reveals in which 30 ancient texts encounters with time travellers and modern computer technology have been found; and presents 7 of the 8 major Findings.

Has one of your favourite ancient mysteries finally been solved ?
Are accounts of time travellers reported in your Faith's religious writings ? 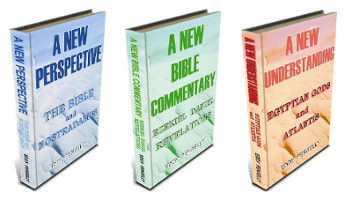 Eddy Pengelly was the first researcher to investigate these assertions. His books present 12 Case Studies using a commentary style, relating to when he sat in front of a computer running the specified cd-rom. He reports the results of when he compared descriptions from twelve ancient texts* to the pictures from that cd-rom.

* includes 5 texts from the Bible !

ATTSG is based in Adelaide, South Australia
Together, the Books reveal which 30 ancient texts report Time Travel Encounters with 12 Case Studies being confirmed. This may take you several weeks to read through all the information, but will give you nearly the whole story regarding The Pegg Project® Time Travel Findings. If further proof is required for you to make a final informed judgement, the Workshop then provides you with specific evidence regarding 7 selected Case Studies.

Membership allows you to first view and evaluate specific comprehensive evidence that supports the claim - "Pictures from a modern cd-rom being described in multiple varied ancient texts is Proof of Time Travel". Following this, now in context, you then read about the other major Time Travel Findings and scrutinize associated presented evidence reported in the books.


Before you select an option, please read our WARNING page
READ Books